Get to know our founder, Dr. Ariana Anderson Ph.D. 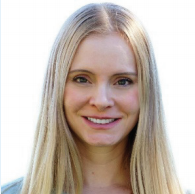 Dr. Ariana Anderson, Ph.D. is a mother of four and an Assistant Professor at UCLA in the Department of Psychiatry and Biobehavioral Sciences within the UCLA School of Medicine.

She received her B.S. in Mathematics, a Ph.D. in Statistics, and a postdoctoral fellowship in Psychiatry, all at UCLA. She is the recent recipient of the Career Award at the Scientific Interface from the Burroughs Wellcome Fund and has also been awarded a K25 Career Award from the NIA for my research in hemodynamic changes and cognitive decline. Details of her publications can be found on Google Scholar.

Her completed projects include identifying pathological fMRI brain activity in disorders such as Schizophrenia, measuring whether EEG correlates of cognitive ability may change with aging, and creating a "speech recognition" algorithm to identify whether and why an infant is crying. She believes that communicating our science to the public is the best method of moving academic research out of the ivory tower and into practice. More recently, her diabetes EHR screening work was featured in NPR and Medscape.

Dr. Anderson founded and launched ChatterBaby in 2013. This project won first prize in UCLA's 2016 Code for the Mission competition- MHealth Apps. The ChatterBaby algorithms use artificial intelligence to translate a baby's cry into a distinct need, predicting acute infant pain with over 90% accuracy. These algorithms are now being used to identify pathological infant vocal patterns in children who are and are not at risk for autism spectrum disorder.

As Principal Investigator and Director of the Laboratory of Computational Neuropsychology, her lab integrates data across modalities to create biophysical measurements of neuropsychological disorders. More generally, they are focused on bioinformatics and translational science - harnessing data and statistics for biomedical applications. Toward this aim, she leads several projects: